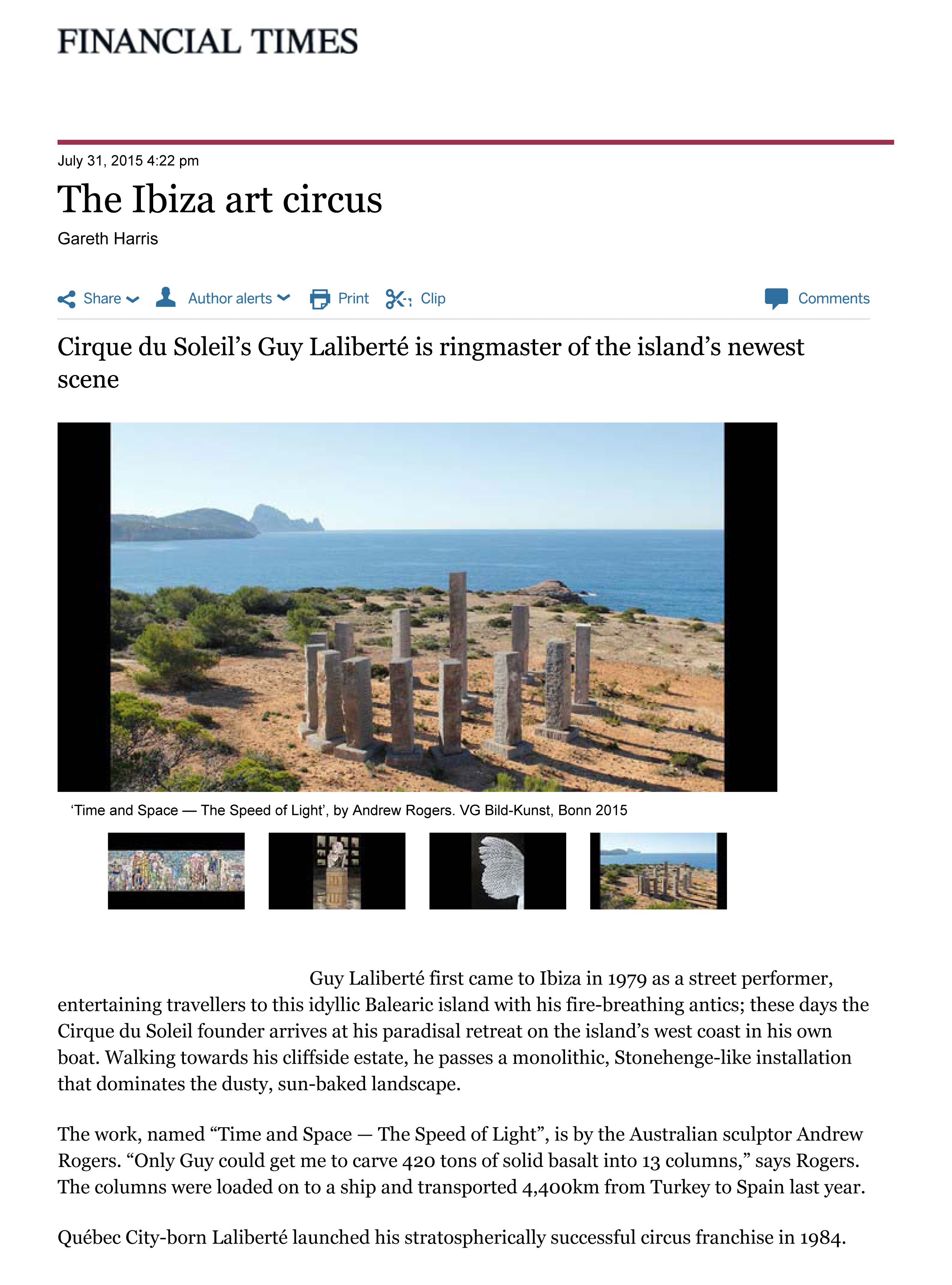 “Guy Laliberté first came to Ibiza in 1979 as a street performer, entertaining travellers to this idyllic Balearic island with his fire-breathing antics; these days the Cirque du Soleil founder arrives at his paradisal retreat on the island’s west coast in his own boat. Walking towards his cliffside estate, he passes a monolithic, Stonehenge-like installation that dominates the dusty, sun-baked landscape.

The work, named “Time and Space — The Speed of Light”, is by the Australian sculptor Andrew Rogers. “Only Guy could get me to carve 420 tons of solid basalt into 13 columns,” says Rogers. The columns were loaded on to a ship and transported 4,400km from Turkey to Spain last year.