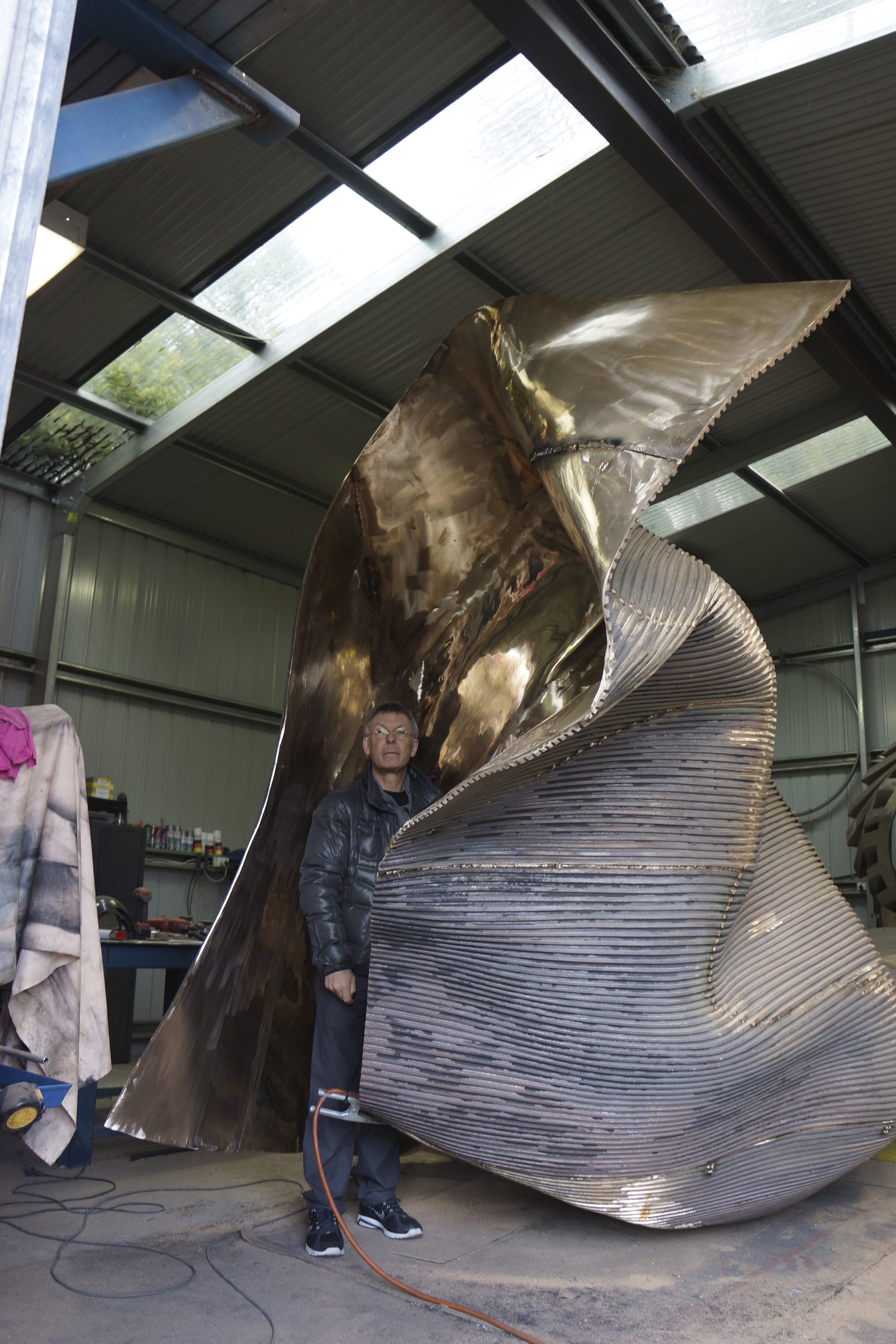 Since his early childhood days, Rogers liked building structures…whether with plasticine or clay, taking the opportunity to create something seemed to come naturally.

While at secondary school, Rogers was fortunate to learn art under the guidance of the exceptional artist John Brack.  During the time spent with Brack, Rogers notes, his discipline and focus became well honed.

When first experimenting with painting, he used acrylics and oils. Whilst oil paints presented a more difficult process, Rogers found he could create wonderful effects. Most of Rogers’ paintings were abstract.

Rogers’ artistic path with painting continued during his business career. It was not until after he first visited Musée Rodin in 1989 that Rogers created his first sculpture, ‘Clutching’ – a hand carved in soapstone, later cast in bronze. Having long been an admirer of the 19th century French master, Auguste Rodin, Rogers’ depictions of hands and male and female nudes, showed a style to that of Rodin.

Rodin had used hands in his works such as ‘The Cathedral’ and ‘The Secret’. Other works by Rogers including ‘Together 1’ (1989) and ‘Together 2’ (1990) show Rogers’ continued link to Rodin.

Rogers’ journey toward sculpture continued as he pursued the creation of other figurative pieces, then in 1995  he made a dramatic switch to a unique abstract style. The path towards that of conceptualization showed his interest in creating abstract pieces that revealed transition, celebration, movement and expression.

As he progressed, Rogers moved toward working with a variety of materials including bronze, stainless steel and polyamide. He has since produced editions of individual works ranging from small to monumental in scale.

With a love of experimentation, Rogers pushed boundaries. He saw any lack of knowledge in areas such as casting, as freedom and opportunity rather than a hindrance from not attending art school.