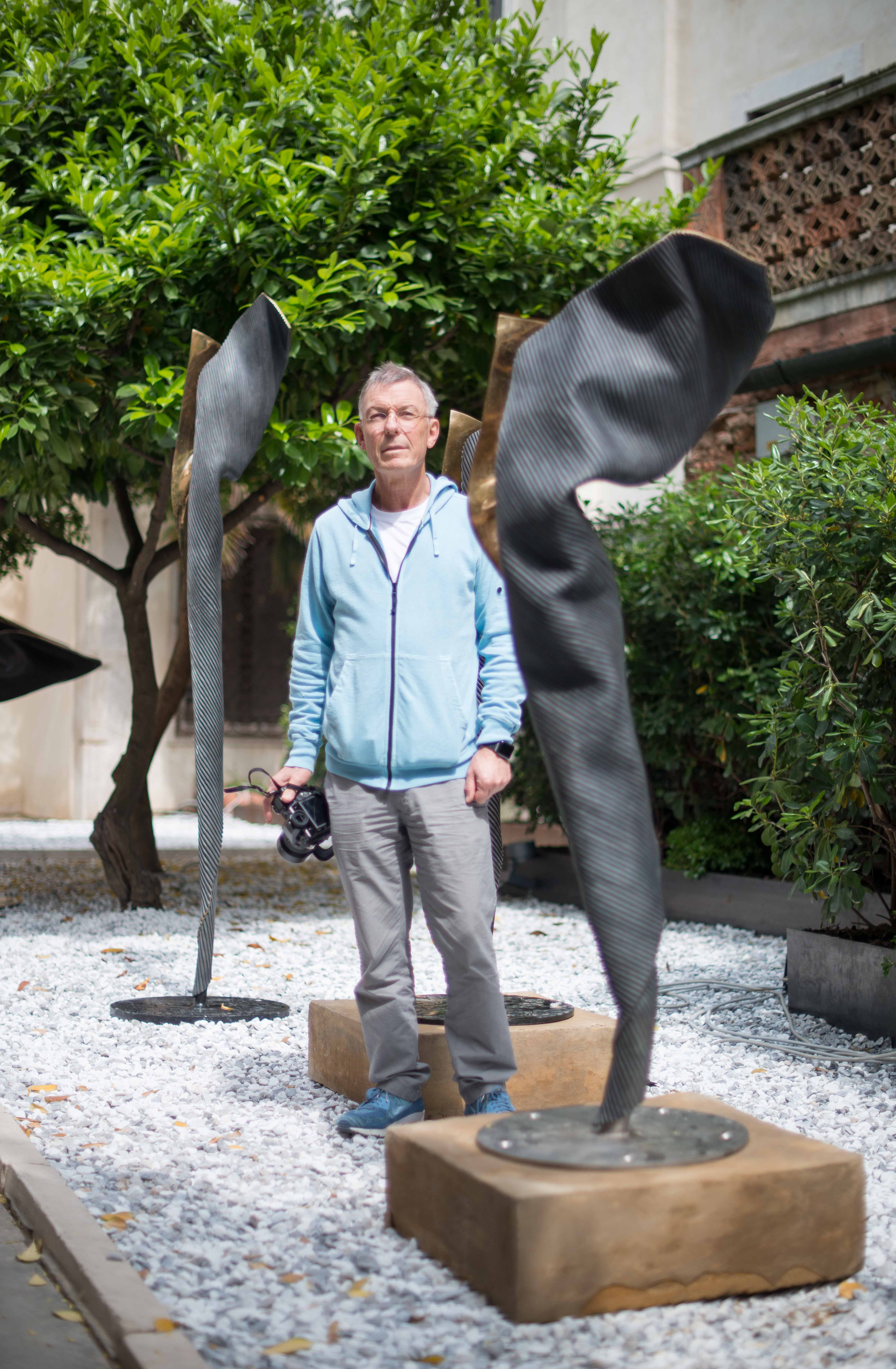 “We Are”, a sculptural installation by contemporary artist Andrew Rogers, will be unveiled on Thursday 11 May in a collateral exhibition to the 2017 edition of La Biennale di Venezia – 57th International Art Exhibition.

Comprised of eight large bronze and stainless steel sculptures, this installation is a further iteration of Rogers’ series titled “I Am”. Presented in part by the Global Art Affairs Foundation; the work will be on view through until November 26, 2017, at Palazzo Mora in Venice, Italy.

Rogers’ practice explores human emotion through the light, organic forms that define his sculptural works, as well as the importance of the individual in affecting change. The artist sees the works in the series “I Am” and its derivative “We Are” as a metaphor for the dichotomy of human nature. The rough, undulating, organic outer surfaces that represent our physical selves are in direct contrast to the delicate, polished interiors reflecting the internal personal world of our thoughts.

Belief in the individual as a catalyst for change informs Rogers’ ongoing practice: “We are all individuals possessing the sanctity of a singular life and the ability to express ourselves. At the same time we are part of the society within which we live,” Rogers says. “These figurative forms are to remind us that it is the individual that makes our world a place of justice and compassion.”

Rogers work complements the ideas expressed by Christine Macel, 2017 Director of the Venice Biennale, in her curatorial statement, that, “In a world full of conflicts and jolts, in which humanism is being seriously jeopardized, art is the most precious part of the human being. It is the ideal place for reflection, individual expression, freedom, and fundamental questions…more than ever, the role, the voice and the responsibility of the artist are crucial in the framework of contemporary debates.”

The work philosophically relates to Rogers’ ongoing series of geoglyphs – large-scale land-art installations for which he is best known. To date, the project – titled Rhythms of Life – encompasses 51 major stone sculptures across the world, which act together to create the largest contemporary land art project. Each individual geoglyph is an act of collaboration between Rogers and the local community in which it is situated – as they work together to find and create a symbol that is significant to each respective region and people – and yet as a group they form a set of drawings across the earth visible from space. Over the years this project has involved over 7,500 people in 16 countries across all seven continents and continues to grow.

Andrew Rogers is one of Australia’s most distinguished and internationally recognized contemporary artists. International exhibitions are frequent and his critically acclaimed sculptures are in numerous private and prominent public collections and around the world. Rogers has received many significant commissions, including several large-scale pieces and various forms of land art. Rogers’ work is exhibited widely internationally and is the subject of books and documentaries shown on Ovation in the United States, the Discovery channel in Europe and the ABC and National Geographic channels. The Rhythms of Life land art project is featured on the Google Cultural Institute’s Art Project website in a digital exhibition of ultra-high resolution images.

About the Global Art Affairs Foundation

The GAA Foundation is a Dutch non-profit organization that aims to heighten the awareness about the more philosophical themes in contemporary art, architecture and in culture in general.