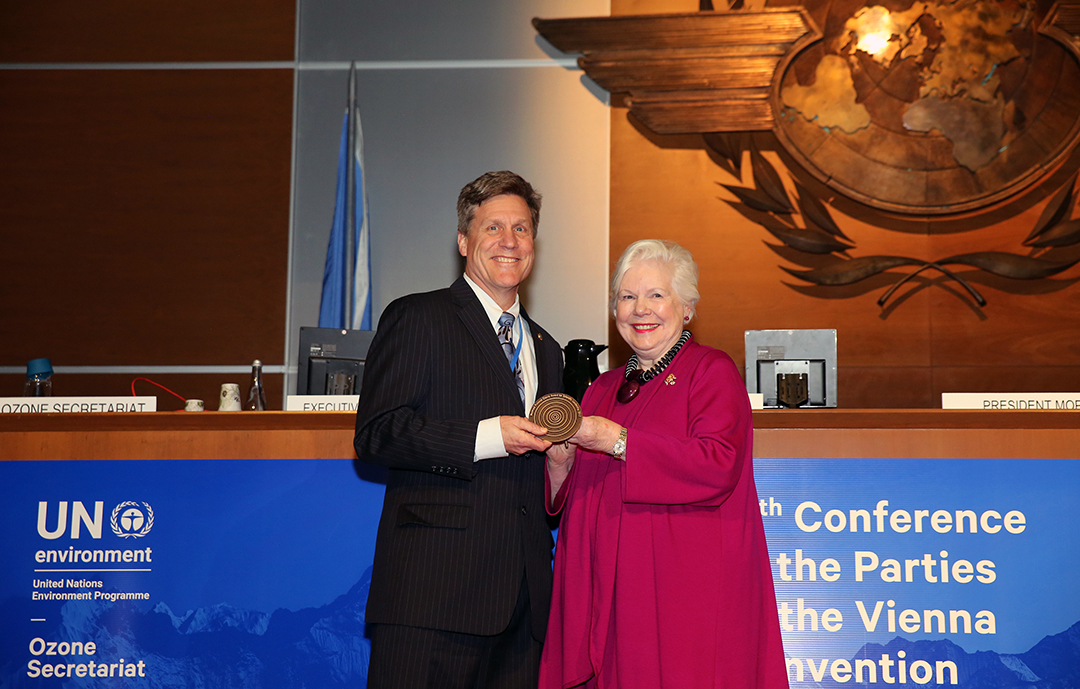 The 2017 Ozone Awards presented in Montreal, celebrated the 30th anniversary of the adoption of the Montreal Protocol. Held November 23, it was a celebration of the unprecedented global collaboration that has made the Ozone Protection Regime the premier environmental success story of the 21st century.

Andrew Rogers was asked by the United Nations Environment Programme Ozone Secretariat to create an award for Scientific Leadership.

Rogers created a cast bronze sculpture featuring a series of concentric circles with diminishing intervals between them, representing the efforts to reduce the hole in the ozone layer.

The event highlighted the work of five individuals or groups who have made significant contributions to the Montreal Protocol. One of the recipients in the category was Dr Paul A Newman, Chief Scientist for Earth Sciences at NASA. Rogers’ sculptural award was presented by Hon. Elizabeth Dowdeswell, Lieutenant Governor of Ontario, Canada.

Rogers has an affinity for nature and the environment, which he explores through both his sculptural and land art works. To be involved in an event which is helping to better the world and create a longer lasting earth was important.

In explaining the award to Dr Newman, Rogers said “I believe we are caretakers of our earth and have responsibilities to those around us and to those who will follow as our interactions with the environment leave a consequence for our descendants. This philosophy relates to both the land art and the sculpture for the built environment.”