Time and Space the Speed of Light 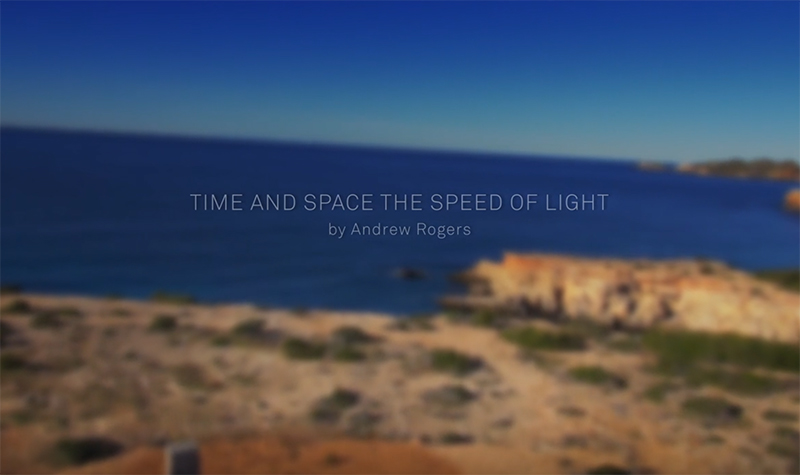 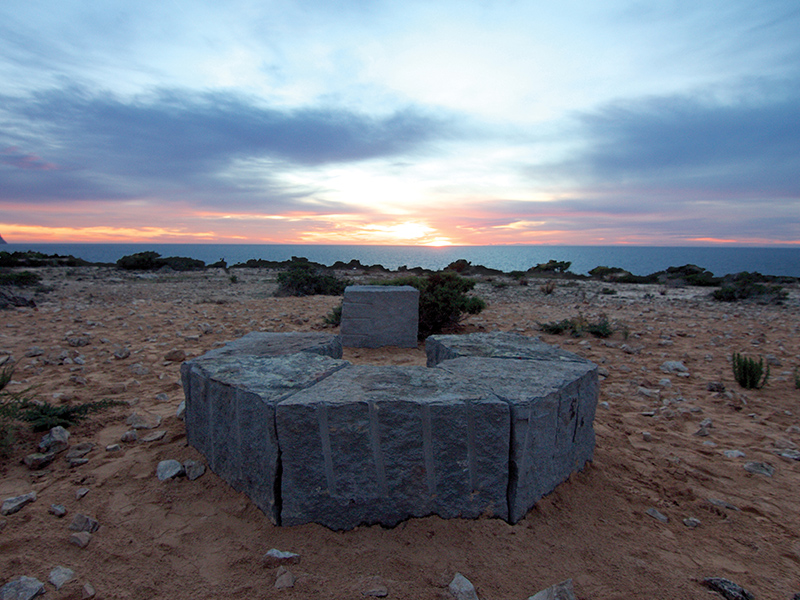 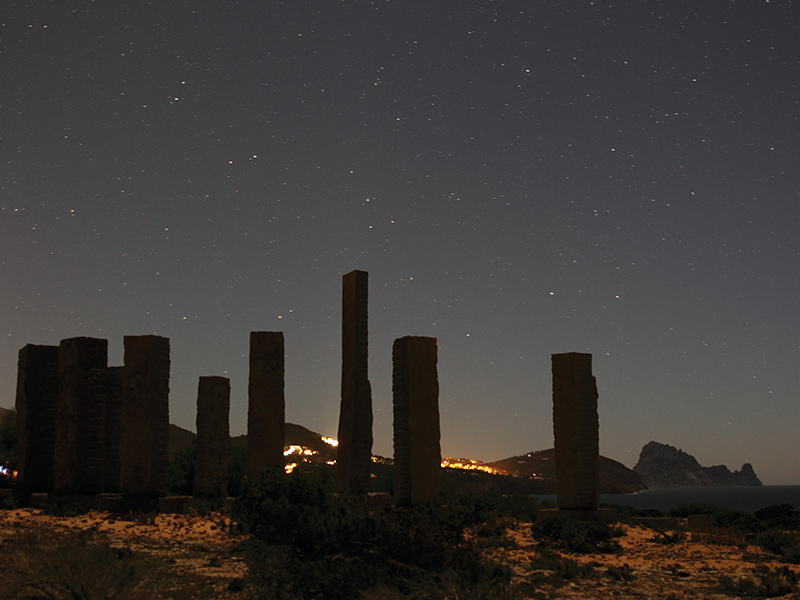 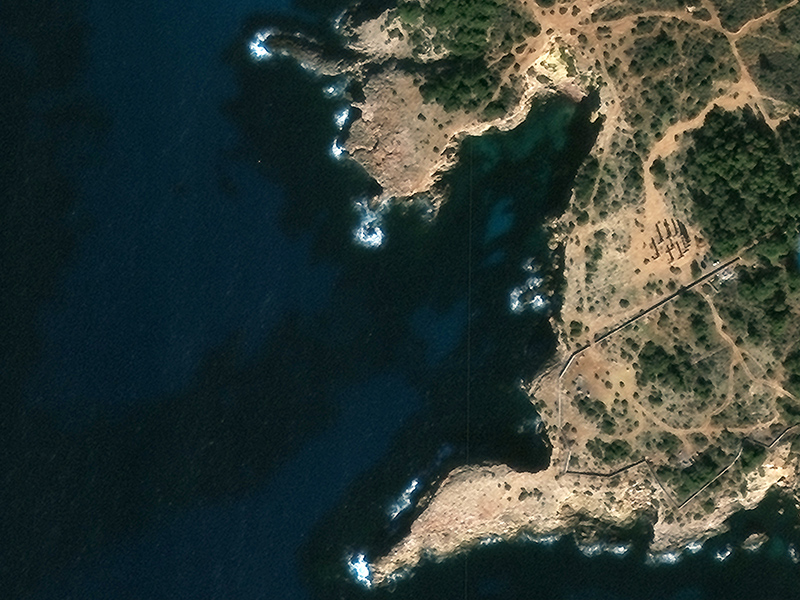 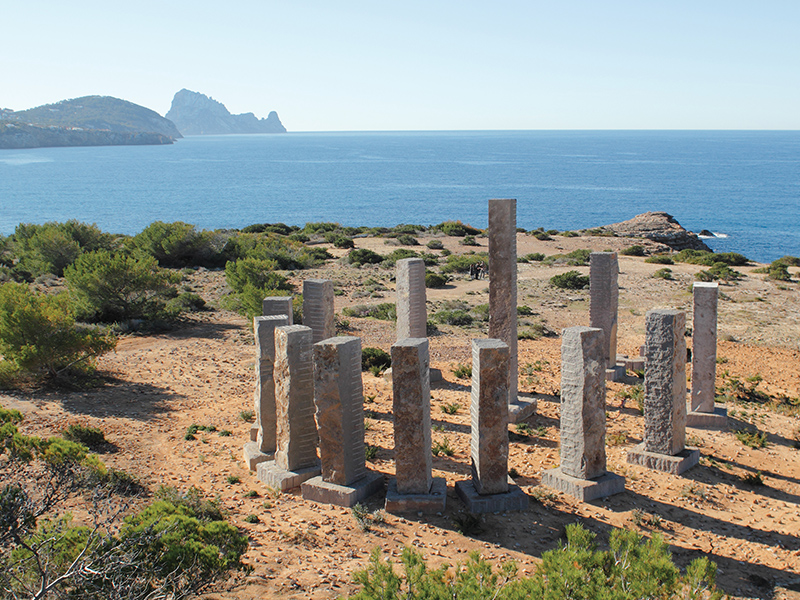 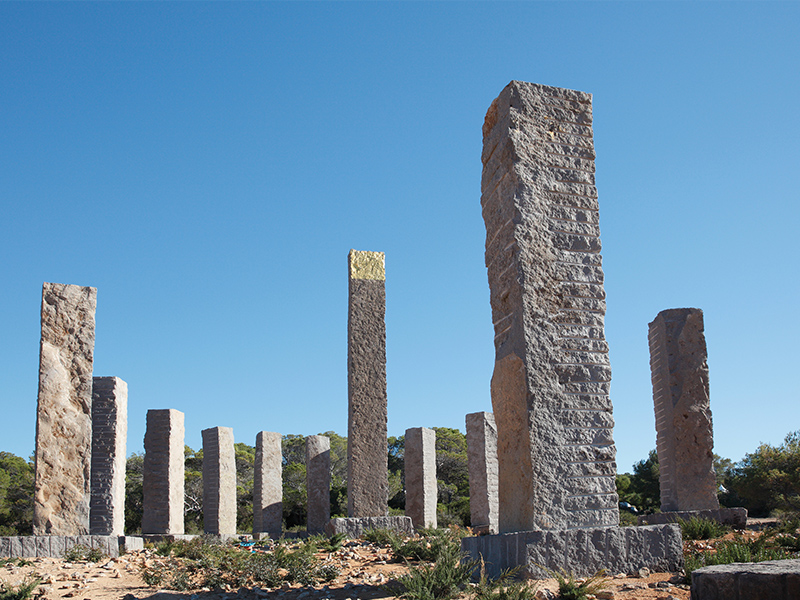 Time and Space – The Speed of Light. Ibiza, Spain.

Thirteen solid basalt columns forming a Fibonacci sequence located on the edge of a cliff facing the ocean in Ibiza, Spain.

The tallest column, ten metres in height, is highlighted in 23-carat gold to reflect the message with the setting sun on the day of the Winter Solstice.

The sequence is laid out around the circumference of an ellipse alluding to the trajectories of the planets moving around the sun. It is a vision of time and space the the interconnectedness of humanity.

The Fibonacci sequence is demonstrated both in terms of height and spacing.

Extracted and carved in Turkey, the 420 tons of basalt were loaded onto a dedicated ship and transported 4,400 kilometres to Ibiza, Spain.

The columns are mounted on basalt bases weighing from 7.2 tons to 12.5 tons. The tallest column weighs 19.5 tons.

Construction commenced on 17 January, 2014 and was completed one week later on 23 January.